IN MEMORY OF AGUSTINUS  PRAYITNO

We can only be hunters of objects, and must even be non-lethal hunters, since objects can never be caught. The world is filled primarily not with electrons or human praxis, but with ghostly objects withdrawing from all human and inhuman access, accessible only by allusion and seducing us by means of allure.*

The exhibition  aims to put forward  the identity  of Kayu,  showing  artworks  altrove  [elsewhere],  in the middle  of nowhere, surrounded by nature, a place between magic and dream, in opposition to the traditional white cube gallery and the environment  that surrounds it. Furthermore  the title, “Ritiro”, which is the Italian word for retreat, refers to The Retreat (or the York Retreat), the country house founded by William Tuke in 1796 in Lamel Hill, York, England, for the treatment  of people  with  mental  health-related  needs.  In his book  Madness and Civilization:  A History of Insanity in the Age of Reason (1961) Michel Foucault described The Retreat as “a contractual alliance, a convergence of interests, organized on the type of simple partnerships”.

Specifically,  “Ritiro” aims to reflect upon the concept of the artwork as a self-sufficient  entity able to generate and acquire new values within “a permanent autonomous zone where objects are simply themselves.”* The concept of this project refers to the idea that things without life, or seemingly  without life, can actually have their own existence. Inspired by Balinese culture, which is a mixture of Animism and Hinduism and in which Kayu exists, the exhibition implements  theories  from  Western  contemporary  philosophies  such  as  Speculative  Realism  and  OOO  (Object- Oriented Ontology).

In particular, “Ritiro” takes – literally and metaphorically  – the artworks away from the comfort zone of the white cube space, creating  both physical  and mental  distance  between  the artworks  and contemporary  society.  Over the duration of this project, the artworks will be presented in two different venues: from 4 to 15 December 2016 at Rumah Topeng Dan Wayang in Bali, and on 20 December at Rumah Doa Bagi Semua Bangsa in Java.

The  intimate  atmosphere  of Kayu  – which  is located  in a joglo,  a traditional  Javanese  wooden  house  within  the context of Rumah Topeng Dan Wayang – will serve as a statement against the art field’s rejection of domestic spaces in favour of more neutral and aseptic space. This is a very dear issue to Lucie Fontaine, as demonstrated with projects such as “Estate”  and her series  of exhibitions  “Domesticity,”  the fifth iteration  of which  served  as Kayu’s  grand opening.

The one-day relocation of the artworks to the Rumah Doa Bagi Semua Bangsa – a building in the shape of a gigantic dove located in a remote area of central Java – is a magical action that brings the artworks to a faraway, androgynous zone,  pushing  the  artworks  to  their  limits,  questioning  their  authorship  or  new  anonymity;  here  they  confront themselves  and the surrounding  nature. Rumah Doa Bagi Semua Bangsa was conceived as a site of worship where people of all religions could pray. Consequently  the building came to be used as a reception centre for people with mental problems. Abandoned for several years, the building is now an attraction for local tourists.

THIS EXHIBITION IS OPEN TO VISITORS FROM
December 04th to 20th, 2016 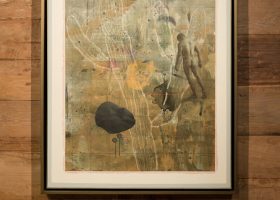 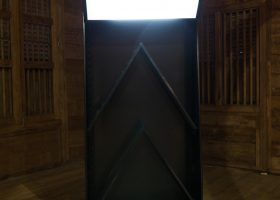 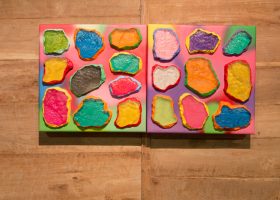 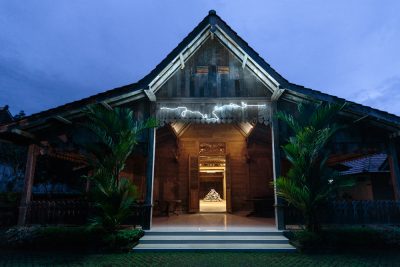 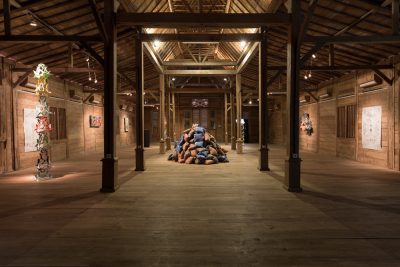 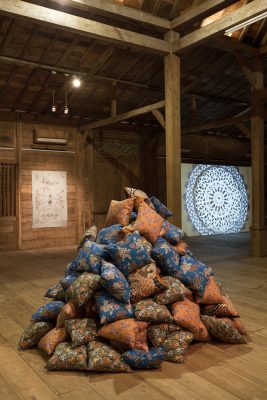 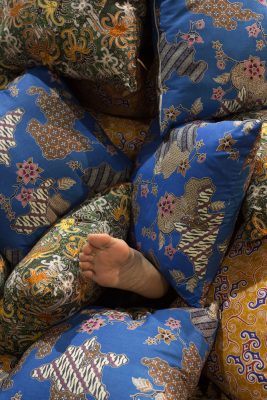 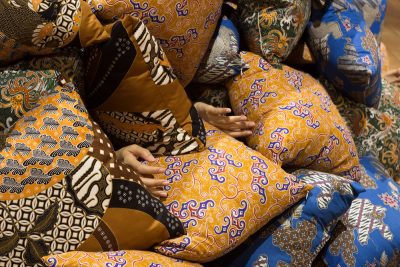 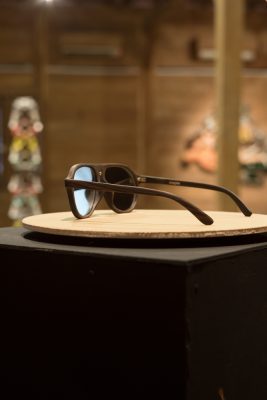 BIASA Privilege Program is an exclusive club created for our loyal customers. As a member, you will enjoy a range of exclusive privileges and benefits designed to make shopping with us even more rewarding.

Collect
Collect 10 points to become an official member of the privilege program and
start your journey to enjoying privileges from BIASA. More benefits are offered
as more points are collected.

Upgrade
Increase your BIASA privileges by actively visiting our stores and enjoying our
collections throughout the year. 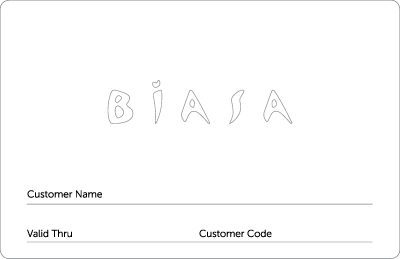 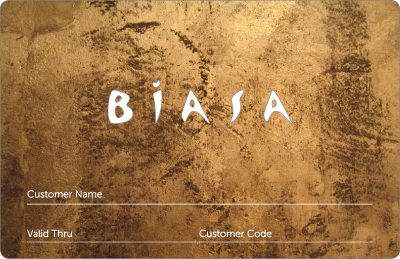 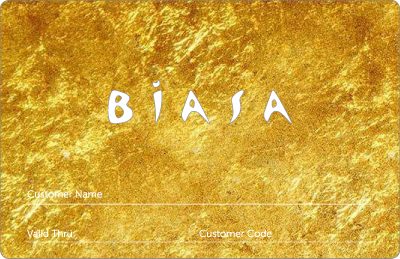 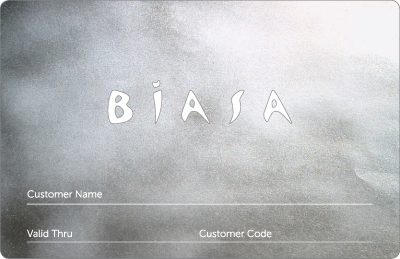 Note 1
Person to whom the BIASA Privilege Program card is issued to is the sole user
of the card. Benefitts cannot be transferred to family members or other affiliated
customers. Card must be presented during purchase to avail privileges.

Note 2
Points can be collected in BIASA stores only in Bali and Jakarta.
Outlets, corners and partner stores are not illegible for point collection.

Note 3
Points cannot be exchanged for cash or transferred.

We have a diverse customer base spanning Asia Pacific, Europe and The Americas. We work with boutique owners, resort properties and luxury cruise liners amongst others.

When designing for our corporate clients, BIASA exercises the same attention to detail making our line of offer classy, effortless, and easy to wear while exuding BIASA’s brand philosophy of ‘Extraordinary Simplicity’.

To become our corporate client, please fill the form below.

For any career inquiries, please send an email to to hr@biasagroup.com.
Please note that only shortlisted candidates will be contacted by the team.

Supervises a team of associates within a department.
Is responsible for overseeing sales, merchandise presentation, customer
service and operational functions within the department and the store.