Kayu in collaboration with Biasa Art Space is pleased to present its seventh project, “Domesticity VII” at Biasa Art Space in Jakarta. This project will be on view from November 26 to December 15, 2017.

“Domesticity VII” is an extension of “Domesticity VI”, an exhibition currently on view at Kayu’s premises at Rumah Topeng Dan Wayang [The House of Mask and Puppet] in Bali until December 11.

The exhibition presents Arahamaiani’s work and Fumihiko Sano’s architectural intervention. It is presented as a collateral event of the Jakarta Biennale.

“Domesticity VII” continues to investigate the relationship – or lack thereof – between contemporary art and domestic spaces. In particular, “Domesticity VII” wants to challenge the social and political implications behind the notion of domesticity, which is traditionally connected to women through the reflection of the relation between host (the space, male, power) and guest (female).

Emphasizing the notion of offering, this project would like to consider Arahmaiani’s work (a performance and an installation) as offerings to be presented within a temporary structure designed by Japanese architect Fumihiko Sano and inspired by Japanese teahouses. The work Memory of Nature (2010-ongoing) by Arahmaiani is connected to the Mandala and it is the result of an intensely research carried by the artist with the Tibetan monks. The Hindu Sanskrit origin of the word Mandala is a concentric diagram with spiritual and ritual significance; it means “essence,” “having” or “containing.” It can also be translated as “circle-circumference” or “completion.” In Bali, the Mandala is a possible representation of the universe. In this work Arahmaiani takes the shape from the basic forms/patterns of the Borobudur temple in Java in order to create Mandala-shaped sand paintings, following a technique commonly employed by Tibetan monks for special rituals. Originally conceived as a performance by Arahmaiani in collaboration with the musician Wukir Suryadi, Memory of Nature becomes later a participatory work in which the audience is invited to create new versions of Mandala using organic materials such as seeds and soil. A contemplative and meditative work, it evokes memories of the universe.

BIASA ArtSpace was founded in 2005 by Susanna Perini as a natural response to her many encounters with young and talented artists in Java and Bali. It hosted its first exhibition with the intention to present progressive Indonesian and international artists at a time when there was little knowledge or support for contemporary art in the country. Over the years, the gallery has grown to become a distinct container where artists are invited to dialogue and interact with the general public. The exhibitions and projects staged in Bali and Jakarta or in collaboration with national and international art and governmental institutions have progressively become a reference point in the development of contemporary art in Indonesia. BIASA ArtSpace has presented highly acclaimed and up-and-coming artists and has collaborated with institutions in Indonesia and in Europe, including the National Gallery in Jakarta, the Italian Institute of Culture of Jakarta, MACRO in Rome, Delfina Foundation in London and the Indonesia Pavilion at the Venice Biennale. BIASA ArtSpace is located in Jalan Raya Seminyak no. 34 Kuta, Bali, and Jalan Kemang Raya no. 20 Jakarta.

Kayu is Lucie Fontaine’s branch in Indonesia it was initiated by Marco Cassani, her employee in Bali. Located inside one of the Joglos that is part of Rumah Topeng dan Wayang Setiadarma in Bali, Kayu conceives, produces, commissions, organizes and presents solo and group exhibitions by contemporary artists from Indonesia and elsewhere. Kayu’s mission is based on three main strategies. The first is to invite artists to create works specifically for the space, for the site and for the context, often in collaboration with local artisans and with companies based in Bali; this strategy has been employed in Kayu’s projects with Luigi Ontani, Radu Comșa, Patrizio Di Massimo and Anthea Hamilton. The second strategy is to create playful juxtapositions: between Kayu, a contemporary art space, and its location, Rumah Topeng dan Wayang Setiadarma, which is a museum of Indonesian puppets, masks and furniture; between artists based in Indonesia and elsewhere; between what is artistic and what is domestic. The third and last strategy is to establish new ways of working with artists and new ways of displaying works of art; taking the artist-run-space format as a starting point – Lucie Fontaine’s employee in Bali is a practicing artist – Kayu has become one of the most interesting venues in Indonesia, a very florid art scene with a very unique ecosystem. Kayu is located in Jalan Tegal Bingin, Banjar Tengkulak Tengah Kemenuh, Ubud, Gianyar, Bali.

Lucie Fontaine is an imaginary “employer” conceived by Tel Aviv-based curator, editor, writer and educator Nicola Trezzi, together with Los Angeles-based artist Alice Tomaselli; they both call themselves “employees” of Lucie Fontaine; later on, New York-based writer, curator and studio manager Elena Tavecchia joined the staff, together with artist Marco Cassani, Lucie Fontaine’s employee in Bali. Since its establishment, Lucie Fontaine has invited several artists, mostly Italians, to exhibit in her spaces in Milan, Stockholm, Tokyo and Bali. Shortly after the opening of her space in Milan, Lucie Fontaine was invited to collaborate with other identities and over the years she presented projects at Iaspis in Stockholm, Artport in Tel Aviv, Galeria Sabot in Cluj-Napoca (Romania), T293 in Naples, The Green Gallery in Milwaukee and The Suburban in Chicago (both in United States), Marianne Boesky Gallery in New York, Galerie Perrotin in Paris, Various Small Fires and Anat Ebgi, both in Los Angeles, and Fruit and Flower Deli in Stockholm. She has also been invited to group exhibitions, festivals and events in various institutions.

THIS EXHIBITION IS OPEN TO VISITORS FROM
26th November to 15th December, 2017 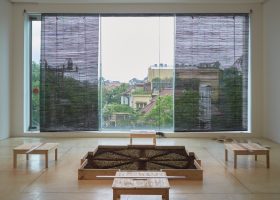 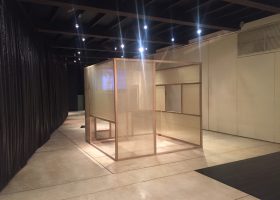 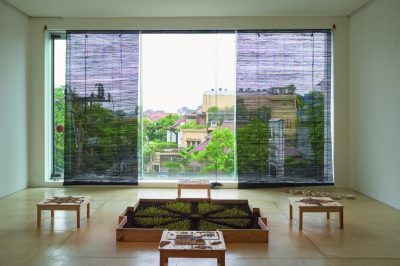 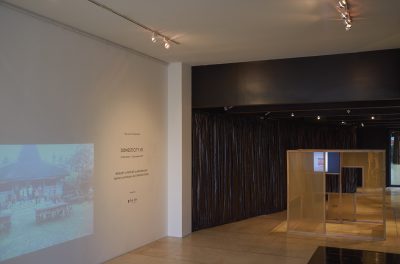 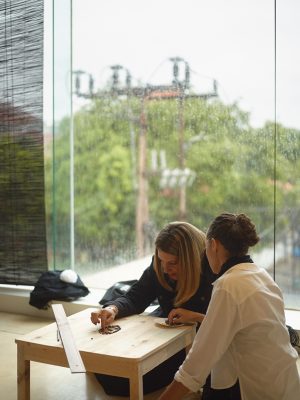 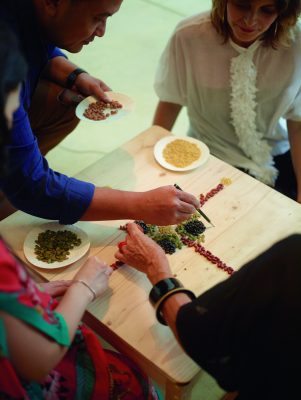 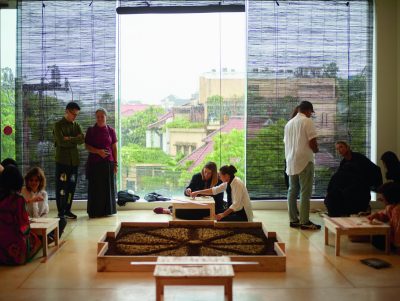 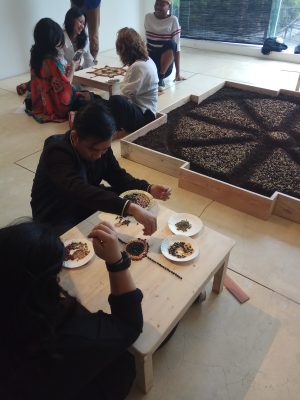